A therapist told me I have to grieve the loss of my father. Except the thing is my dad is still alive.

My dad has a severe case of bipolar depression. He started showing symptoms when I was 6. For me, the saddest part is that I don’t remember him before he got sick. I’m sure there was so much more to him that I’ll never know, but unfortunately, I can only learn from anecdotes.

When my dad calls, it’s never a, “Hi honey, tell me about your day” or “Are you heading up to the cottage soon?” It’s always a short conversation, all about him, how he’s going to the gym, buying a new condo, proposed to the waitress or when it gets bad, how he’s looking for an albino woman to populate the earth with the pure white arian race.

For years, I would let him talk, an interaction that left me very unfulfilled, always needing more. Then I tried to reason with him, which is like trying to change the diaper of a toddler who refuses and fights like a wild animal who doesn’t want to be caged. Then we had “touchy subject.” Those were topics that were off limits, like his patriarchal view on women or using religion to explain why bad things happen such as my cancer diagnosis (ie. You’re a bad catholic and that’s why you have cancer). I constantly reminded him that the topics were vetoed, but our conversation would soon end abruptly when he would persist. Tears would stream down my face. Every. Single. Time.

I’ve always had a relationship with my dad mostly out of obligation. My dad didn’t choose to be sick. He would have it any other way if he could. I’m his daughter. I owe it to him; these are things I told myself for 30 years. Having clear boundaries will allow us to have a relationship. For years, I convinced myself. Until one day it was finally too much.

He told me that his girlfriend was coming to our short rendezvous at Christmas. This was not the first time he insisted. As a parent, my son is my priority. Simply put, she isn’t allowed around him. She has exposed her questionable character countless times and I can feel compassion for her, yet at the same time the mama bear in me makes sure her cub is safe. Needless to say, I felt highly disrespected that he invited her and felt uncomfortable seeing him for Christmas. This was the first time ever. I’ve never not seen my dad at Christmas.

Over Christmas is when my symptoms started developing, eventually landing me in the hospital for surgery followed by radiation and chemo. The cancer was now everywhere: my brain, liver, abdomen, and lungs. But I just had a clean scan in October. I wrote each family member a heartfelt letter while in the hospital, telling my dad that in order for us to have a relationship, he needed to use his religion to love and support me, to build me up, instead of criticize and tear me down.

My boundaries were simply not strong enough; we needed to tear the structure down.

This year when I awoke on Father’s Day, I realized that it would be the first time in eight months that I would see my dad. We had one awkward conversation on his birthday, but other than that, I haven’t interacted with him much, except for my inquiries with my brother for any glimmer of change.

My son’s birthday landed on Father’s Day this year, among other anniversaries including my now divorced parent’s wedding anniversary and of course, my cancer diagnosis. I sat there crying, allowing myself to mourn the heavy cloud that stormed over me, to make way for the joy of my son’s third birthday.

When I saw my dad at the party, he started crying. At first, I thought it was because he was so happy to see me and then later realized, while that was true, he was more likely shocked by my appearance. Losing my hair the first time made him feel uncomfortable and he didn’t like seeing me. He was likely shocked, learning for the first time that I was bald again.

His departure ended with an awkward exchange of him telling me to call him when I finally missed him and me trying to explain that I do miss him but that we can’t have a relationship until he uses religion to be kind.

I’ve been asked if my dad will ever get there. If he will ever understand. I don’t know. But I know that until he does, this is my truth. This is what I need.

Even though you love someone, it’s okay to let them know what you need from the relationship and put up boundaries around behaviour or language that’s not okay. It doesn’t mean that you love them less. It just means that you love yourself too. 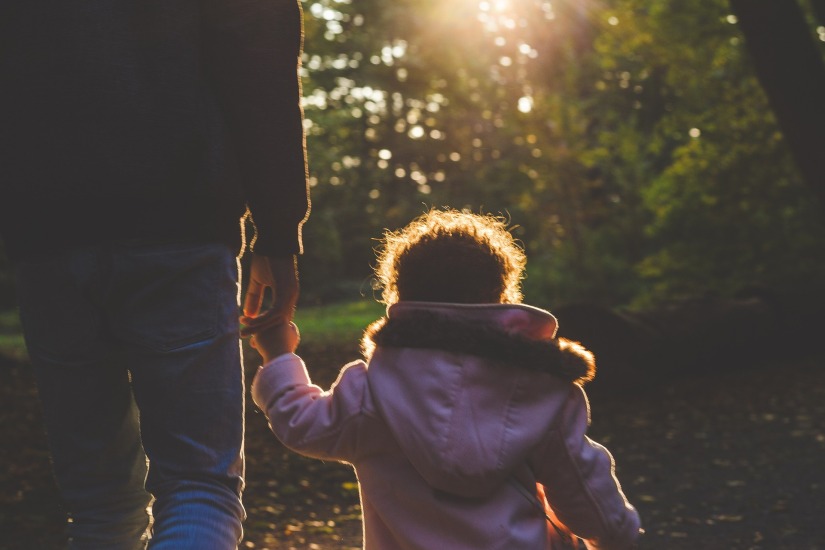 View all posts by Christa

1 thought on “When love hurts”